“Landslides: Journal of the International Consortium on Landslides” was founded as a quarterly journal in April 2004 with cooperation from Springer. It is the first full color scientific journal in the world without a contribution fee. It includes articles on both the science and technological aspects of landslides. Full color images of landslides convey information which may be understood by landslide researchers with different backgrounds.

ICL Secretariat is editing IPL book in 2011 and distribute them in the 10th anniversary of ICL on 17-20 January 2012 for the basic information of IPL projects. The book cover explaining the objectives, one of forward of the book and the content is shown below.

Professor Kyoji Sassa is the first President of the International Consortium on Landslide which consists of 53 organizations from 32 countries. He is Executive Director of ICL, a deputy chair of the IPL Global Promotion Committee, and Professor Emeritus of Kyoto University.

Dr. Badaoui Rouhban is Director, Section for Disaster Reduction at UNESCO, and a deputy chair of the IPL Global Promotion Committee. He drafted the 2002 Kyoto Declaration “Establishment of an International Consortium on Landslides.

Dr. Mauri McSaveney is Senior Engineering Geomorphologist with GNS Science. He has been an Editorial Board member of Landslides, Journal of the International Consortium on Landslides since its inception.

Dr. Bin He is an associate professor of the Center for the Promotion of Interdisciplinary Education and Research(CPIER) and a researcher in the Disaster Prevention Research Institute (DPRI), Kyoto University.

During 2002, 33 member organizations were registered to ICL and their representatives joined the first session of the Board of Representatives of ICL held at UNESCO headquarters in Paris in 19th– 21th November 2002. At this meeting the initial 25 projects of the International Programme on Landslides (IPL) were adopted. The core project (No.100) was “Landslides: Journal of International Consortium on Landslides“, and No.101 “Landslide Risk evaluation and mitigation in cultural and natural heritage“ which continued some of the IGCP projects in parallel to IGCP-425. The International Programme on Landslides at this stage was a progrmme of ICL, with support from UNESCO, WMO, FAO, UNISDR. This programme was developed into a joint global programme by ICL and five UN organizations and two global stakeholders for Science and Technology (ICSU and WFEO).

ICL will meet for its 10th anniversary on 21st January 2012. Landslides are not a major component in most organizations and scientific disciplines; they involve many organizations and scientific fields. The necessity of landslide research and capacity development is vitally important for development and sustainability in mountainous countries and regions. The necessity can only increase for the next decade of ICL in 2012–2022.

I am deeply appreciative of the contributions from our partners of UNESCO, WMO, FAO, UNISDR, UNU, ICSU, WFEO and all of my colleagues in ICL for the development of IPL up to now. I would request all organizations and individuals to support IPL for landslide-risk preparedness, either by voluntary contribution to IPL activities or by joining the ICL as a thematic Landslides platform in the UNISDR Global Platform for Disaster Risk Reduction. 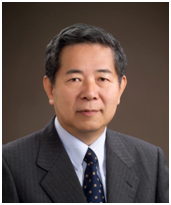 Kyoji SASSA
Director of the International Consortium on Landslides

Part III Projects by Word Centres of Excellence
III-1 The Landslide Handbook-a Guide to Understanding Landslides: A Landmark Publication for Landslide Education and Preparedness
III-2 International Summer School on Rockslides and Related Phenomena in the Kokomeren River Basin, Kyrgyzstan
III-3 SafeLand: Changing Pattern of Landslides Risk and Strategies for Its Management
III-4  Approaches to Landslide Risk Assessment in China
III-5 The Share of Landslides in the Occurrence of Natural Hazards and the Significance of El Niño in the Cordillera Blanca and Cordillera Negra Mountains, Peru
III-6  Mechanism of Active Landslides in Flysch
III-7 A Numerical Modeling of Dip-slope Failure for Risk Assessment of Earthquake-induced Landslides
III-8 Approaches for Promoting Landslide Early Warming in a Changing Climate Scenario